Ahoy-hoy! Back from Kumejima... - The Silent P Skip to content

Konbanwa friends, we are back in Okinawa, just returned from 3 hour ferry ride, we’re fresh off the boat. ROUGH first hour, the sea was angry today, but no sea sickies for Nana or I, can’t say the same for poor Miya. She’s back to normal now though.

So, wow, Kume was really amazing, where to start…we met up with Nana’s family at the dock and were shown some of the sites of this lovely tiny island of 35 square miles. Here’s some shots! 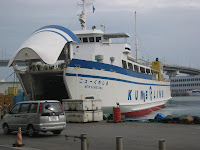 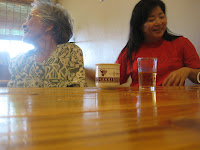 On the left is Nana’s Obaachan Hatsu Yamashiro, a spry 88 years old, and her aunt Tomoko. 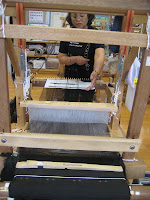 A traditional weaving machine in use, this was at the Kumejima Tsumugi place, where many local artisans make amazing kimonos and many other items out of hand-spun silk. Nana’s grandmother is widely respected as one of the top weavers, making items for mainlanders, some that sell for upwards of 30-40 grand. 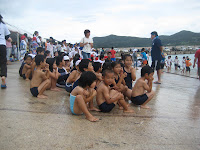 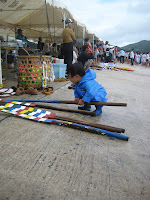 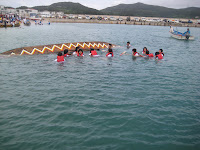 We had a blast at the Dragon Boat Races, held every year. A few relatives were on teams that raced on Saturday, hopefully none were in the ones that capsized! 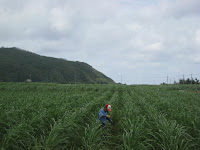 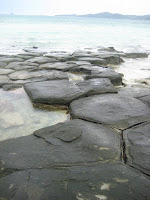 Sugar cane is everywhere in Kume, a very common crop there. 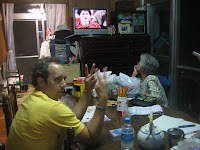 Watching Japan’s men’s volleyball team with Obaachan, she’s a HUGE volleyball fan!
By the way, they beat Argentina to make it to the Olympics, first time in 16 years! A REALLY big deal for Japan. Was very cool to be cheering them on with the entire family 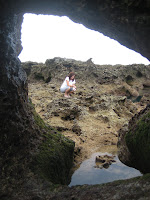 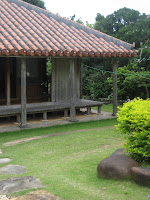 Nana checking out the tropical fish at low tide…looking for that night’s dinner? 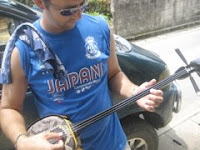 Matt trying his hand at the Shamisen again, the traditional 3 string guitar originally from Okinawa. Even with just the three strings he was struggling. 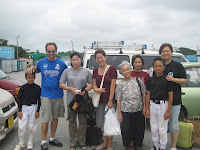 Saying goodbye to the family at the dockside. Took 3 cars to get everybody and our luggage there, teeny tiny rides for good reason.

More later, Konbanwa to all…